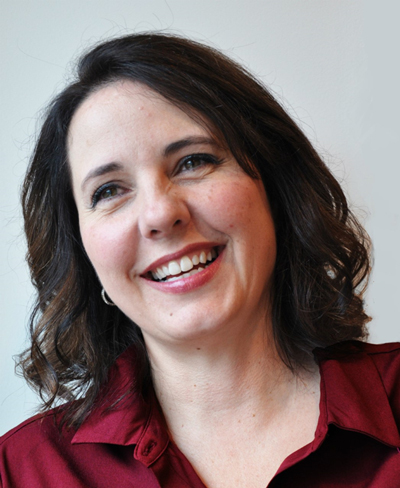 Alana Elliott is the creator of Libre Naturals, a company that manufactures snacks and cereals for people with food allergies and celiac disease, a chronic digestive disorder. The company sells to consumers in Canada and the United States both directly off its website and also on Amazon. “We have distributers in Canada plus sell directly to wholesale retail such as Bulk Barn but also a growing educational foodservice market including athletic programs, including NCAA (the National Collegiate Athletic Association in the USA) and Harvard,” says Alana. “We also private label for three companies currently.” Alana first started the business in 2002, at home, after her youngest daughter was diagnosed with multiple allergies, including a deadly allergy for peanuts.

It would take two years before she brought her first item to market, but in the end, all of Alana’s research and hard work would pay off. “Ours (a cereal bar) were the first ones on the market, certainly in Canada,” says Alana. But even more rewarding than being first, was being able to create something her daughter had never been able to eat before, and now could. “The look on her face was pure joy.”

Some of the lessons learned along the way, says Alana, included that things always take more time than you think they will. “And that remains true to today! Things not only often take longer than expected, sometimes that goes from thinking things will go really well, and then unexpectedly, sometimes that flips.”

While attending her first trade show in Toronto in 2005, Alana recalls the reaction of parents when they realized what her company had created.

“We had moms, in particular, who came to our booth and started crying. Crying because it was a product their kids couldn’t have at that time, and we were the first. It’s probably the most heartwarming tradeshow that I’ve ever been at. It was amazing.”

One of the unique and innovative components of Alana’s company is its manufacturing facility. “There are a lot of places that are free of dairy, free of gluten, free of peanuts and tree nuts. But we have a dedicated facility that have none of the top 14 (commonly associated with allergies) allergens and to have all of it in one facility is quite unique.”

When asked about any challenges with financing, Alana said although the process has been mostly straight forward when it comes to loans, raising capital has been more difficult. “Over the years, we’ve taken advantage of a variety of loans, particularly for machinery and found the process really quite easy.  In the beginning we worked with FutureCorp Cowichan (now Community Futures) and then have also worked well with the BDC (Business Development Bank of Canada).  Actual fundraising has been challenging as a small company, especially prior to $1 million in sales.  It seems that raising capital has a threshold of $1 million yet more support is needed to get to $1 million.  We found it to be a catch-22.”

Although the company had to recently downsize because of Covid-19, operating with fewer than ten employees, Alana’s goals for the future still include finding ways to help her business continue to expand. “Growing is a constant, so investment is needed. It would be wonderful if we had a small business investment fund, made up of private and/or commercial investors that had a specific interest in growing food companies past that one-million-dollar mark. Not necessarily a seed fund, but further along the process for that growth after about $400,000 in sales.

When asked what others might be able to learn from her experiences, Alana laughs, then says, “I think like anything, unfortunately, we learn through mistakes.  I think sometimes it’s easy to jump on the next big thing, but honestly, it isn’t easy to be first. it’s not that you shouldn’t be first on something, but just as long as you carefully understand the kind of – what my husband calls ‘missionary work’ – that has to happen when you are first, or when you are innovative. And it will take far longer than you expect.”

Despite being ‘first’ in several important ways, Alana says the whole point of creating her products was to help other families. “That was my intent and that hasn’t changed. I think, overall, society is easier for people with food allergies, but at the same time, there’s still so many products and they’re still so many things that we don’t trust. And having trust is super important. We shouldn’t need to be fearful for our lives when we eat food.”