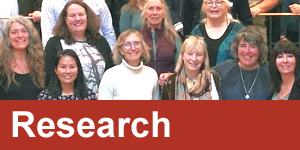 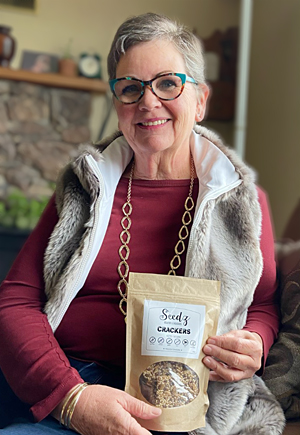 Mal Paterson is no stranger to entrepreneurship. Decades before coming to Canada, she had already started numerous food businesses, including her first at the young age of 23, while living in South Africa.

“I’ve had food businesses all my married life,” says Mal, then adds with a small laugh, “and not all of them have been a roaring success.”

Today, however, as the proud owner of the hugely successful Seedz Cracker company in British Columbia, Mal explains how her search for all-natural food for her own family resulted in the creation of crackers made from certified organic sesame, sunflower, pumpkin, and flax seeds.

“Family and friends loved the results so much that literally, from a few tiny seeds, a business idea grew.”

Although not all of her earlier businesses were as successful as Seedz Crackers, Mal says some of the best lessons often come from failure, as long as one is willing to learn from their mistakes.

“I’ve learned some pretty hard lessons but the thing that is wonderful about those lessons is that it ‘fast tracks’ you in the future. And that’s because you can say, I’ve learned this lesson.”

Lessons learned along the way include that labelling and packaging in a food business is enormously expensive. “It’s actually more expensive than the product itself,” says Mal. “I mean, the temptation is to go big and to get the best packaging and labelling you can afford. But then after you have it printed, then it becomes a case of, “Oops, I didn’t think of that,” and “This is wrong!” Meanwhile, you have a whole lot of packaging and labelling that you can’t use, and that’s a sore lesson to learn.”

Mal says that although it can be hard to overcome the temptation to have labels and packaging printed in large quantities in order to save money, she’s learned the hard way that what might seem like a smart financial investment to save money in the future, can end up actually costing more.

“We’ve now decided to keep our labelling as simple as possible and do small batches to begin with. It’s more expensive, but then you don’t end up with that huge lot where you discover there’s something you should have added.”

Crackers is now sold by 120 different retailers across Western Canada, and has also expanded sales to Ontario. Additionally, the product is sold in bulk online, through the company website. Mal says Seedz Crackers has a good niche market and they’re now exploring becoming sellers on Amazon.

“The fact that our project is completely organic sets us apart because a lot of other companies out there, they aren’t organic.”

Mal says branding, something she has been proactive about from the very beginning, has also played a critical role in her company’s success.

“We had to start at local farmers market because that’s how you get your name out, your face out. I am Mal Paterson, the face of Seedz Crackers. Farmers Markets, people know me. They know who I am. They know they can trust me. They know when they come to me, I’m going to give them quality and I’m not just a nameless faceless product on a shelf. That’s been wonderful because that has helped us to spread the word.”

Mal says if someone thinking of starting their own business wants to be like a huge multinational company, they’ll be taking a very different route from the one she did with her husband.

“We were limited. We’re immigrants who left everything and lost everything when we left South Africa. So, we had no capital to support us or to back us. We just started and as we’ve grown, we ploughed more money back into the business. That’s how we’ve grown the business, and why we don’t have any debt related to the business.”

One of Mal’s other greatest strengths that she brings to the business, is the fact that she not only genuinely loves people, but they also love her back. “I know that sounds weird to say, but I’m good with people and I think that’s a huge asset.”

Perhaps the biggest asset, however, comes from something even more important. Mal says today’s consumers have learned the importance of reading the ingredient list on products in order to educate themselves.

“With the amount of ingredients that are practically impossible to pronounce, I’m sure everyone has learned they need to read the labels. They’re often full of chemicals and preservatives and colouring.”

However, adds Mal, “what motivates me is that in a world of so much fake, I’m offering an honest product, something that is completely authentic.”